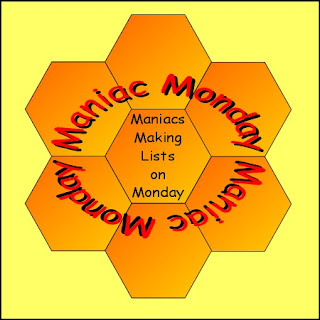 It has been a fun two weeks. With all the baby love and fabric it does not take long and days then weeks go by. I have gotten a bunch done. I hope you like all the pictures.
I was able to finish most of my goals from two weeks ago.
1. Block Swap Adventure blocks for February and March.
Done~Posted pictures on previous post.
2. Count on It~ Art to Heart for February and start on March.
Done~Finished February and posted a picture on the previous post. I started on March and also on April.
3. Hello Sun QA for January and February.
Done~Plus I also got March's block done. They are so cute!!
January 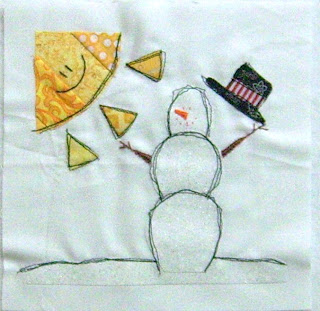 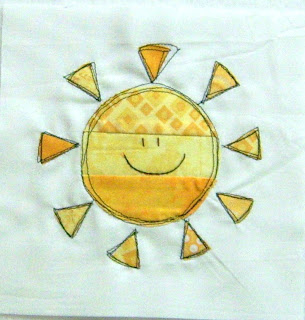 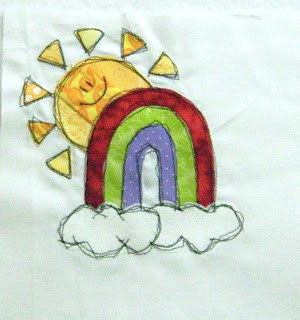 4. Bonnie Hunter step 1.
I have gotten about half of this step done. I already have all the pieces of step 2 cut out. Wow and step 2 is 120 more of the same block. :)
Onto other news...
I received my February block from my partner in Block Swap Adventures. I LOVE IT!! The blue and yellow have sparkle in it. Below is a close up. Thank you!! She even sent me a scrap piece of the blue. 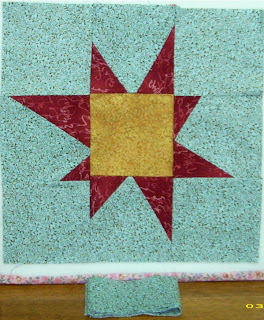 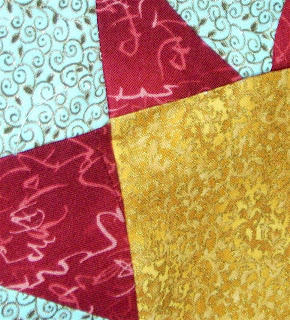 I was part of a group on Flickr. The Geese in a Ring Swap. I received my blocks. The first block is the one I made. The others are made from the other 7 swap partners. Now I have 8 blocks. I will be making a few others to get 12 then I will be making it into a quilt. I was also thinking of making a very large one and placing it into the center and putting the other 8 around the outside. I am not sure. 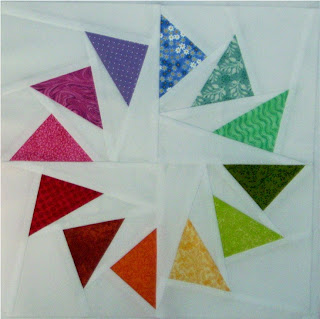 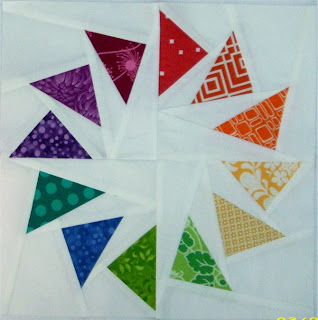 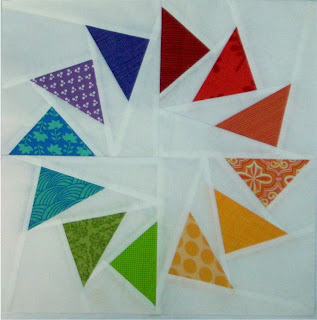 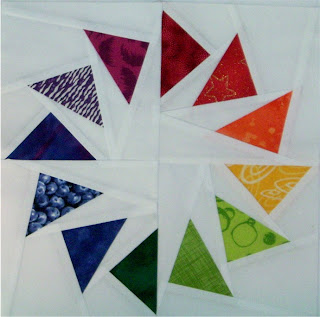 Th one blow was made with hand dyed fabric, how special. 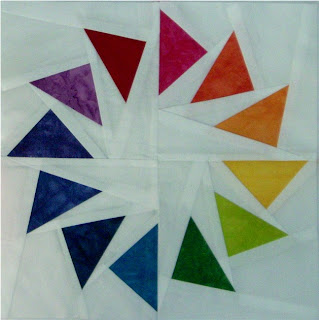 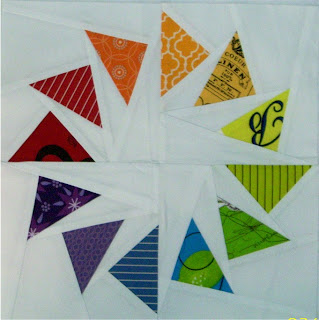 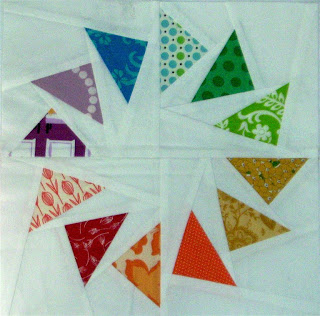 I think this one was made will my color choice was blue/yellow. It is very pretty. 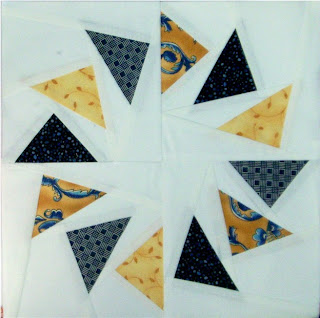 I have mentioned before that in my quilt group that I started up in my hometown we are doing a quilt along. It is Count Your Blessings by Briarwood Cottage. These are the next blocks we made. The geese block I made two. 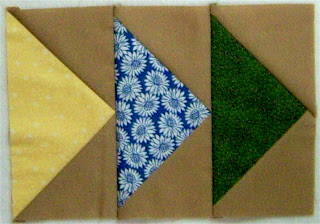 I made three of this block. 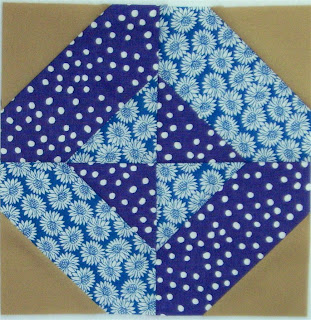 So for next week my goals are:
1. Finish step 1 and start on step 2 of Bonnie Hunter's mystery quilt.
2. Finish March and April's Count on It calendar wall hangings.
3. Get caught up on my Designer Mystery blocks. I think I am about 6 blocks behind. Well ok maybe my goal should be get 2 blocks done. LOL!
4. Get started on my March Schnibble.
I hope everybody can set goals for themselves and get at least half of them crossed off your list.
TTFN
at 6:24 PM
Labels: Block Swap Adventure, Bonie Hunter Double Delight, Count on It, Count Your Blessings QA, Designer Mystery BOM, Geese in a Ring Swap, Hello Sun QA, Maniac Monday