I thought I would add a few pictures of a few of my pets. The orange is a female named Polly. She is a stray. The gray one is a male﻿ named Spike. He was a kitten from a friends litter. They love each other. We got them both about the same time. Aren't they cute! 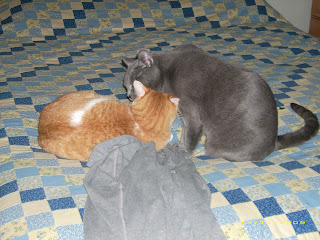 This is Buster. He is a Boston Terrier. We have had them for about 5 years. He was a charity case. I friends mom was going to take him to the pound. So we took him in. He has WAY too much energy. He drives me nuts! But the DH and kids love him so he stays. LOL! 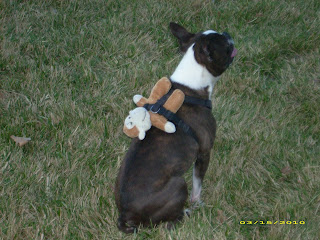 This is Peso. Another charity case. The own was going to do the same and take him to the pound and we took him. He has become my YDD dog. He is a very over weight Chihuahua. Since this picture he got even bigger now he is on a diet and losing lots of weight. 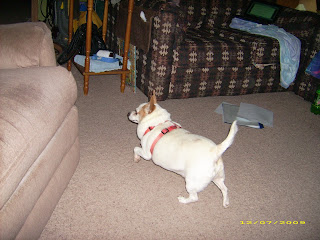