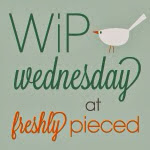 Time again for WIP Wednesday over at Freshly Pieced. Today I worked on an old UFO. Back in 2010 I joined in to do the Designer Mystery BOM from the Fat Quarter Shop. I started the blocks in July. 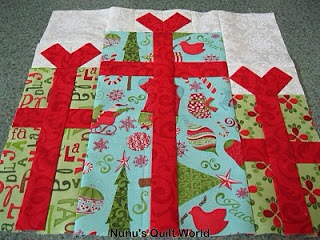 Then in May 2011 I had everything ready to finish the quilt. 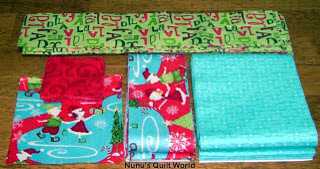 Then like some UFO's it go put away and forgotten. I took it out today and finished the top. I even went to Joann's today and bought a back. It might not get put together into a quilt until later but at least for now it has moved on the list. 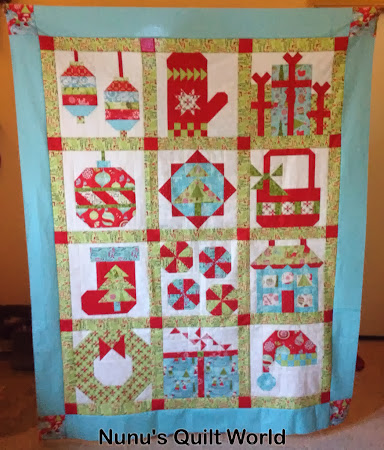 My DD#2 made bow ties for our two dogs. So silly! I thought you might like to see Chompie in his tie. 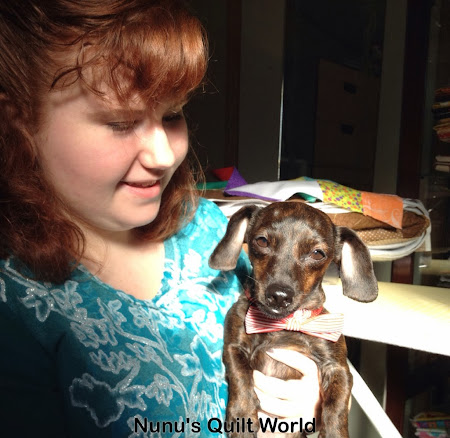 Posted with Blogsy on my iPad
at 9:11 PM